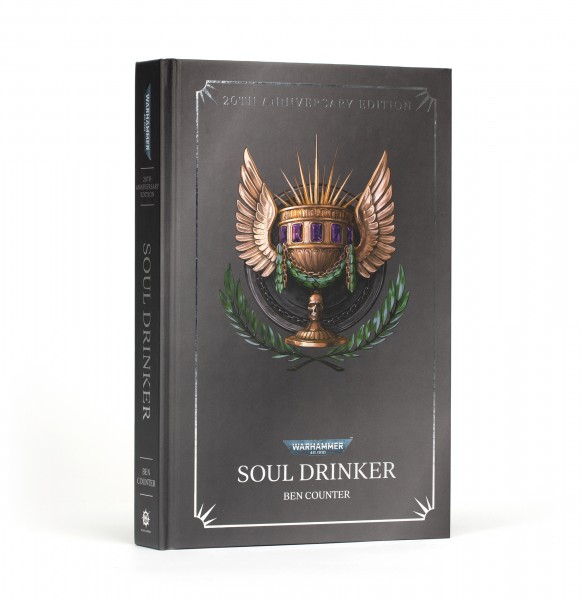 Book 1 of the Soul Drinkers Series

The Soul Drinkers Space Marines have served the Emperor for millennia, but their obsession over an ancient relic of now throws them into conflict with the Imperium…

READ IT BECAUSE
It's the start of a long running series that charts the descent of a Space Marine Chapter into the grip of Chaos – even if their motives remain pure.

THE STORY
The Soul Drinkers have served the Imperium loyally for thousands of years, but when the opportunity arrives to retrieve an ancient relic of their Chapter, blind obsession throws them into conflict with those that they are honour-bound to obey. Faced with an impossible choice between their duty to the Imperium and their duty to the Emperor, will this proud and noble Chapter compromise its beliefs, or forge a new destiny for themselves among the stars?

ABOUT THIS EDITION
This anniversary edition includes a stunning rendition of the Soul Drinkers Chapter symbol on the cover, with foil blocking on the cover text, plus an introduction by the author and full-colour art pages inside, including the original cover art.